Janine is not as crazy about fountain pens as myself and Phil are so I thought I would play around a bit with a old clip I found.  The clip ring outside was 13mm and the inside was 9mm so I thought I would make a thinner pen than I normally do because it was for a woman the 13mm would work out better with her smaller hands. 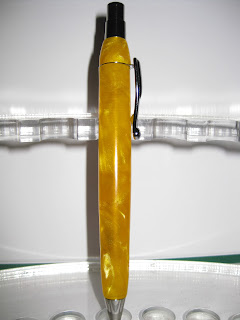 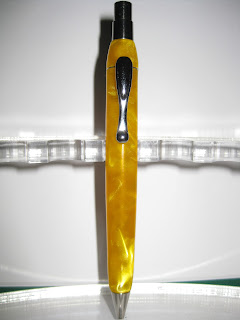 This Is the first time that I have made a pen with the clip ring exposed so it was a bit of fun.
It takes Parker style refills so she should have no problem getting refills for herself.
Posted by Christopher Hughes at 3:24 PM