Convert a Bulb Filler to a Ballpoint Pen

A customer had this pen the other day and thought that it would look good as a ballpoint pen that would take Parker refills.
He asked me if it could be done and I said if you are up to it why not.
I was worried that the nose cone would be too large of a diameter for the end as the threads are right at the end but it was like it was made to be, it fit perfect.
I then had to drill out the inside diameter on the bulb end to let the  refill slide down into the nose cone where there is a spring.  Next I had to epoxy a spacer into the blind cap to keep pressure on the refill.
I think it turned out pretty good. 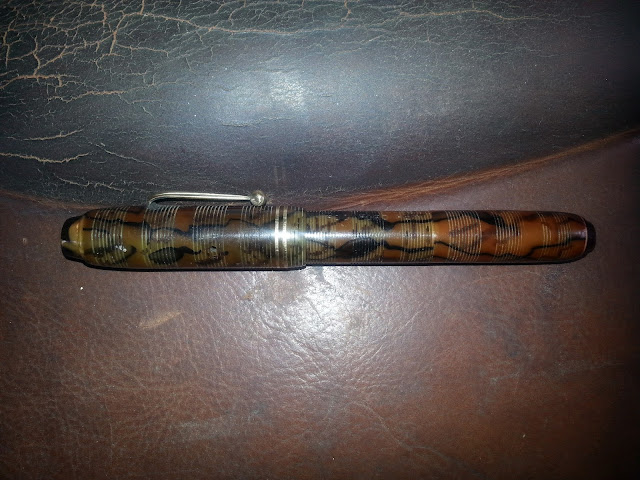 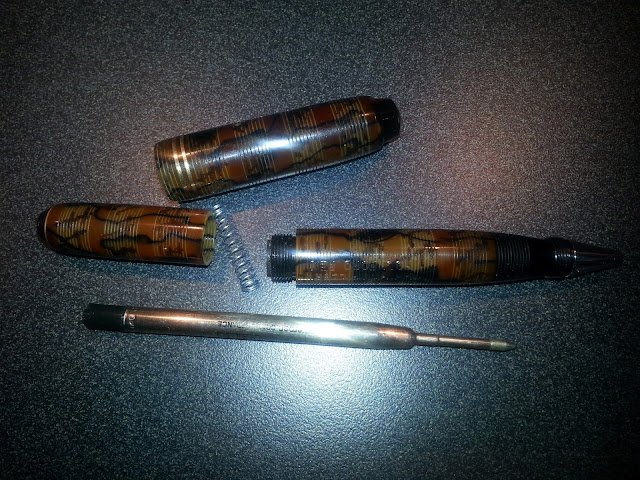 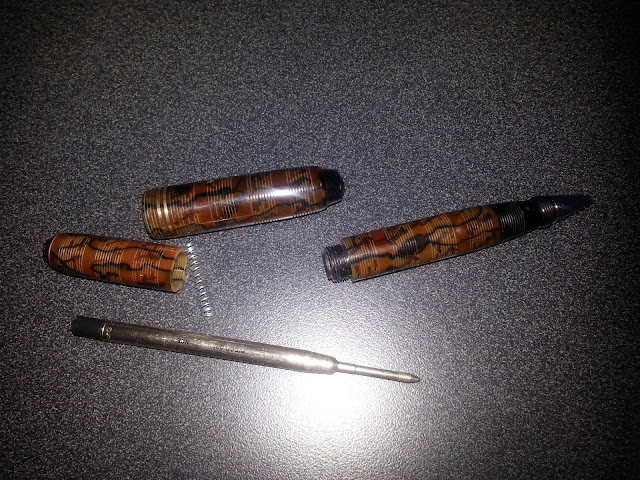