I have a real love hate relationship with Indian made pens.
I love the fact that they are all hand made and even with their little imperfections it only reminds me that they were made by a person and not a machine.
Now the down side is that most of them are ED fillers and they always seem to throw up at the worst of times.
Here is a picture of the first four I decided to have a serious talking to. 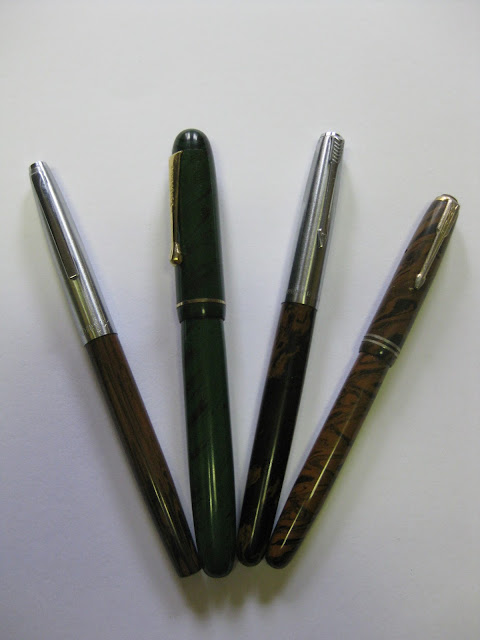 Pen number one moving from the left is a Onyx pen.
A brown ebonite with a metal cap.
A couple problems with this one, the nib had a bent tine and of course the throwing up problem had to be addressed. 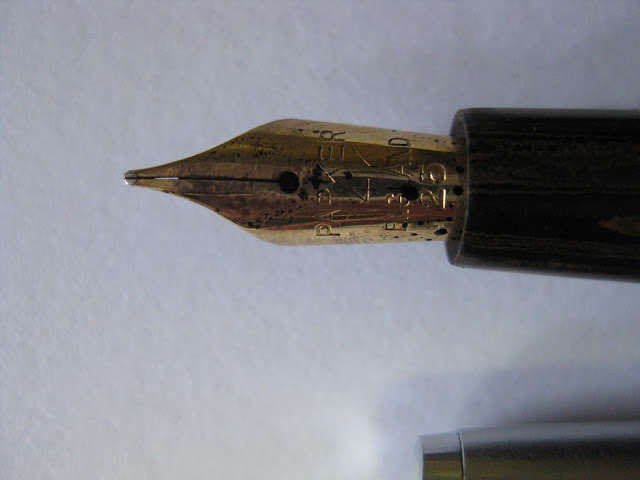 I found a English Parker 25 nib that fit into it perfect. 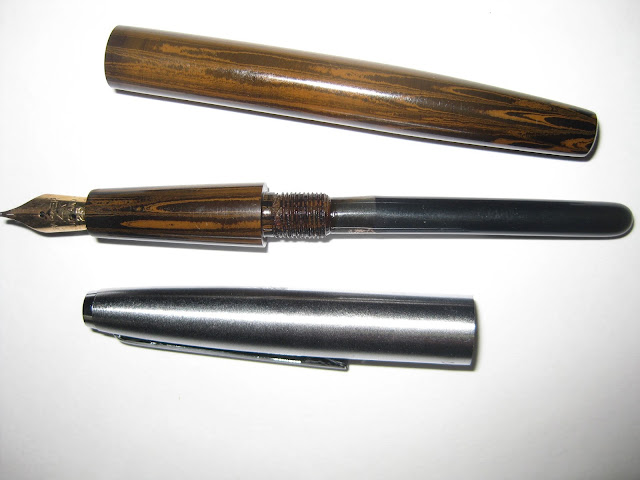 To install the sac on this one I had to use a Cross cartridge and cut the nipple off and cement it into the section and then cement the sac onto the nipple that stuck out of the section.
But now it is a very smooth well behaved pen.
Check one off as a win

Pen number two is a fantastic sized hooded ebonite pen made by Ratnamson but once again it had a habit of throwing up at the worst times. 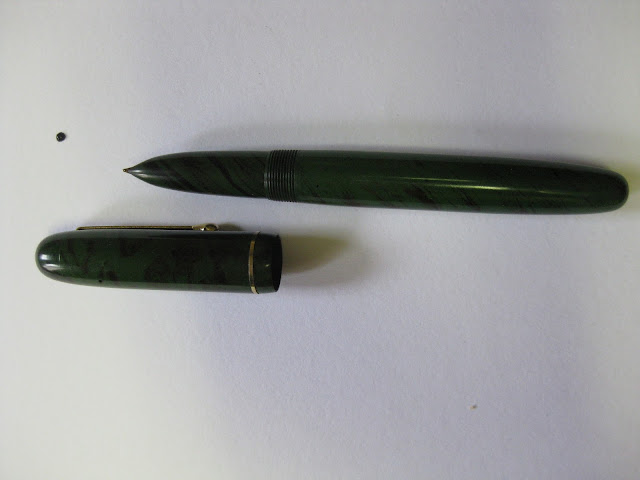 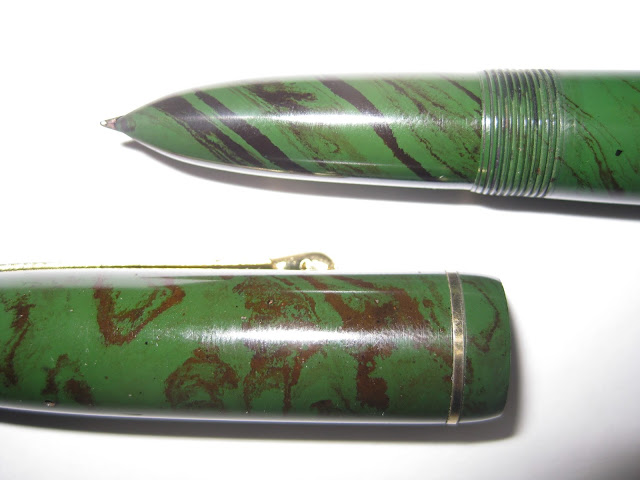 It was a simple fix of adding a sac on the end of the section. 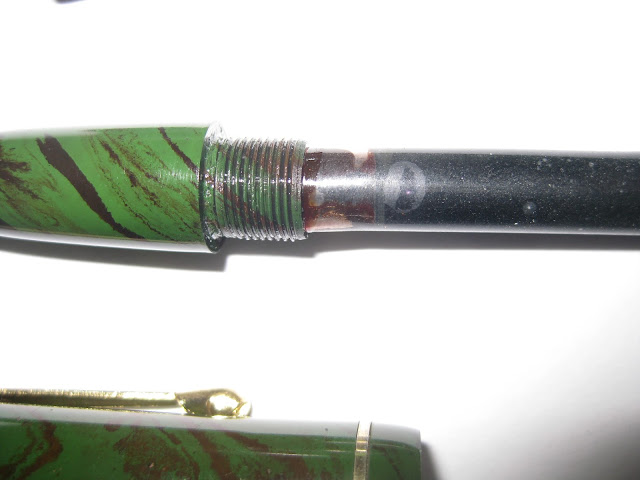 
Number 3 is an Indian Parker 51 clone all done in ebonite made by Guider. 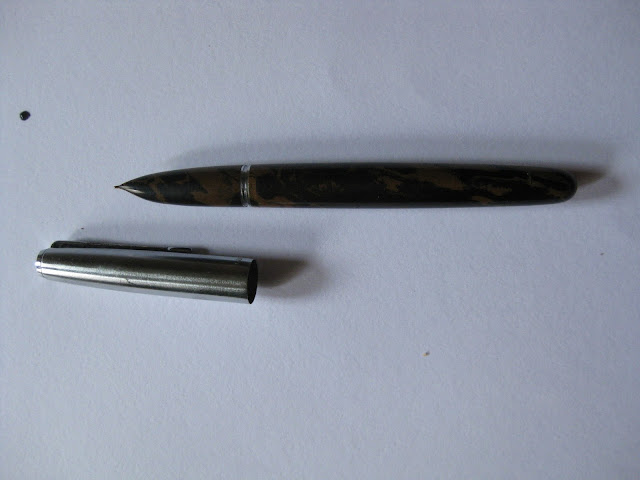 Great feeling pen in the hand but again the upchuck issue.
Another simple fix with a sac. 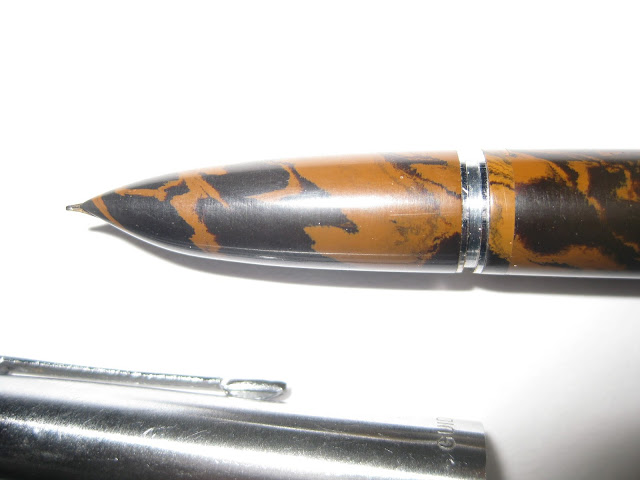 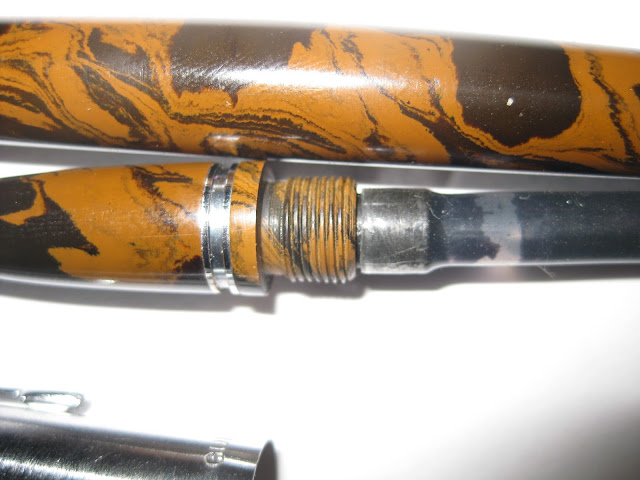 Check number 3 as a win

Number 4 is the first Indian ED that I owned.  It is also a Guider.  I have loved and sworn this pen off so many times I can't even count them all.  I would fill it like I was instructed burping the last 2 turns into the bottle of ink and STILL it would throw up on me so back to the drawer it would go until a couple of months later I would think this is the time but NO up she came again.  So a sac and problem solved. 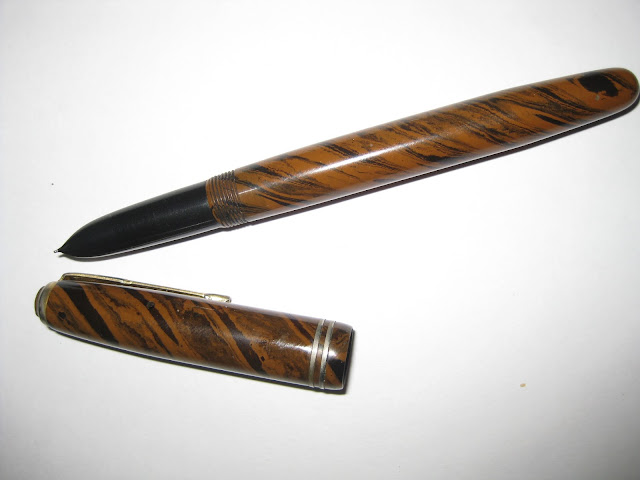 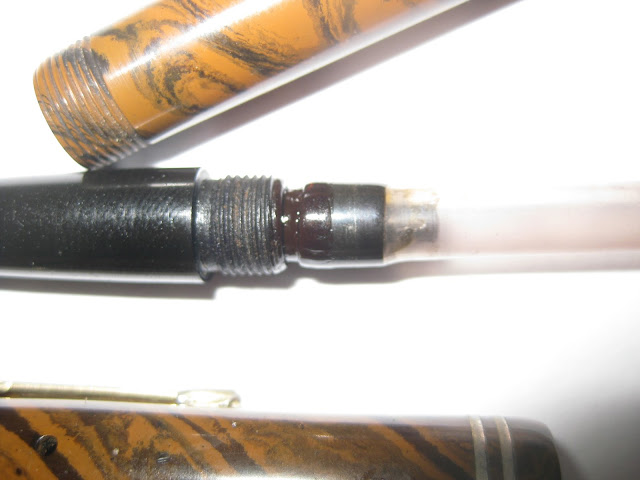 Check number four as a win.

So if you have issues with your Indian ED fillers try a mod on them.


This has got me thinking that a sac might have cured my kids from throwing up when they were younger hmmmm
Posted by Christopher Hughes at 6:19 PM

Fantastic post. I have a whole lot of Indian ebonites and I'm now thinking "Have I got enough sacs?"

Good for you! I'm glad you were able to problem solve it out!