I have had this pen for a bit now and after finding it again the other day I thought I would try and repair it. 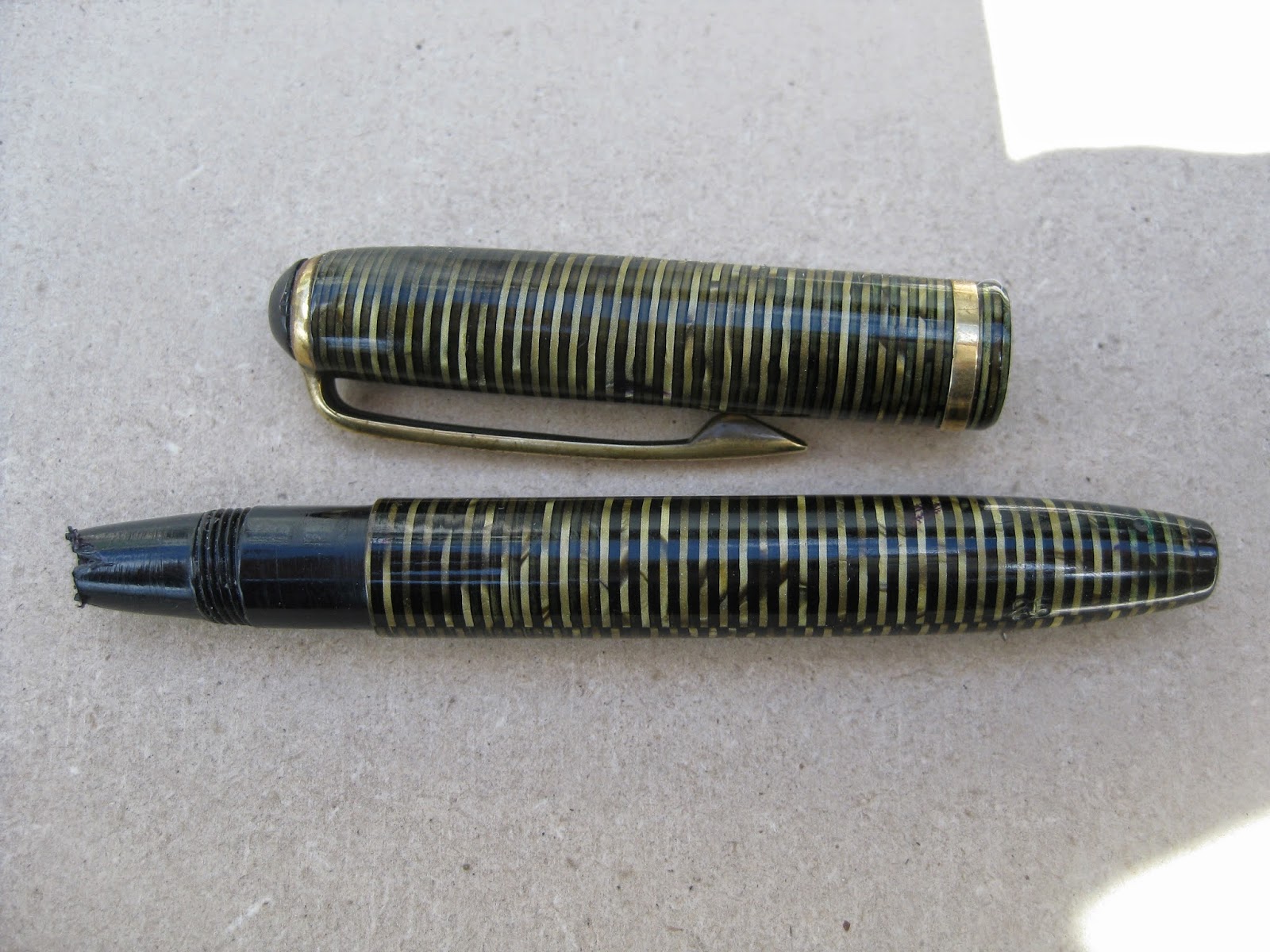 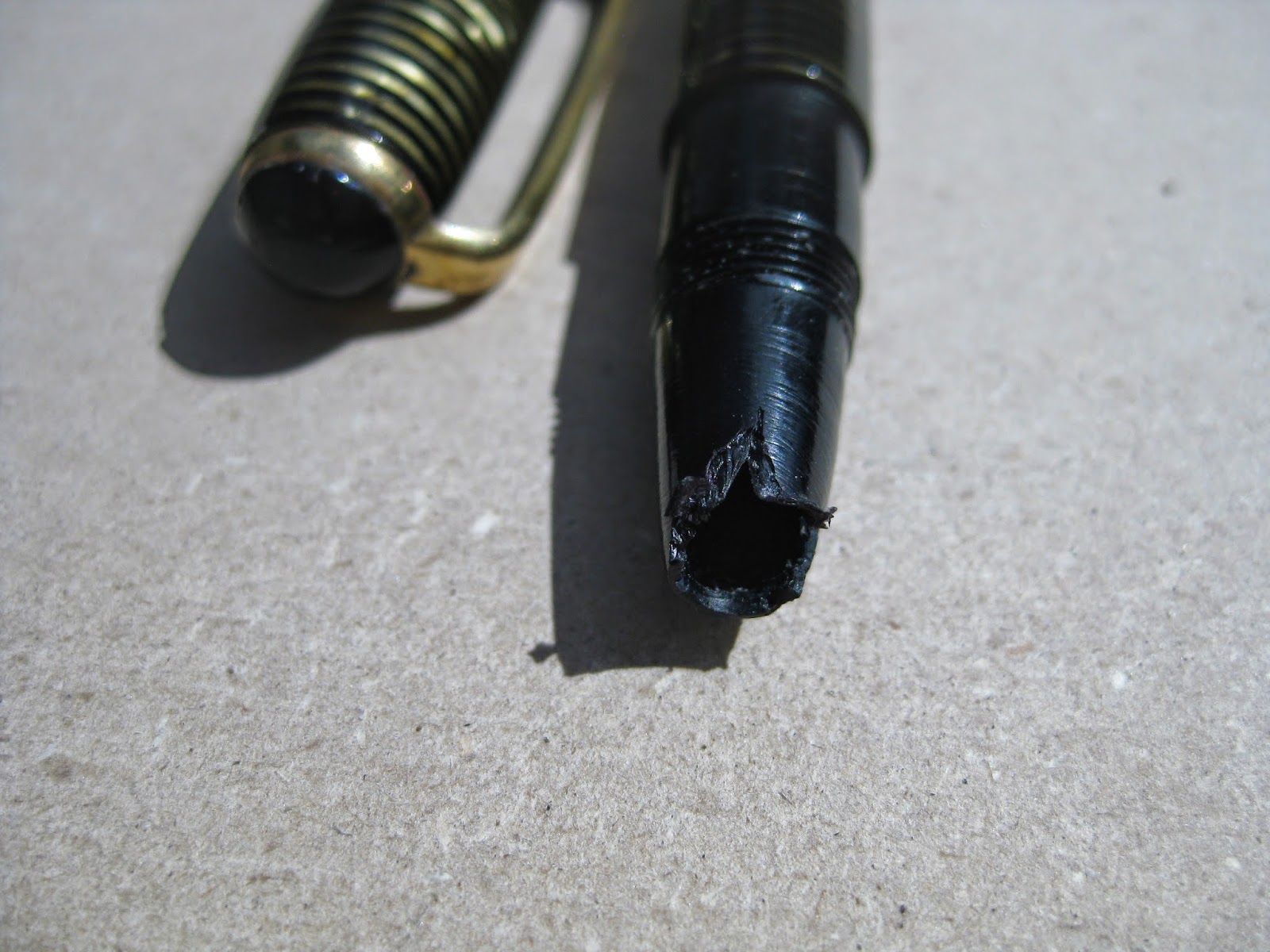 The section material was so brittle that there was no way to salvage it so I had no choice but to make up a new one. 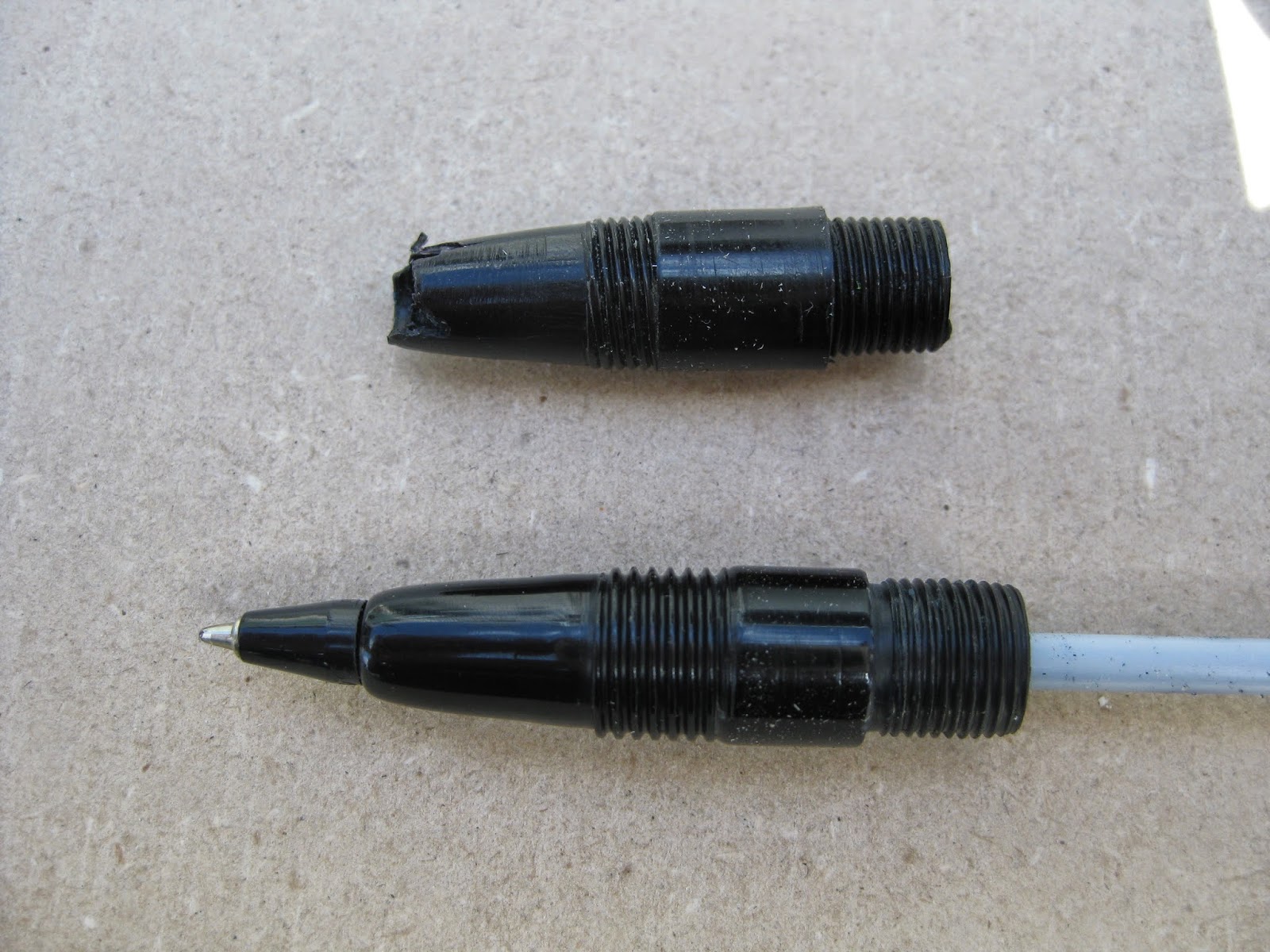 I used a Bic refill in it because it has a black end cone on it. 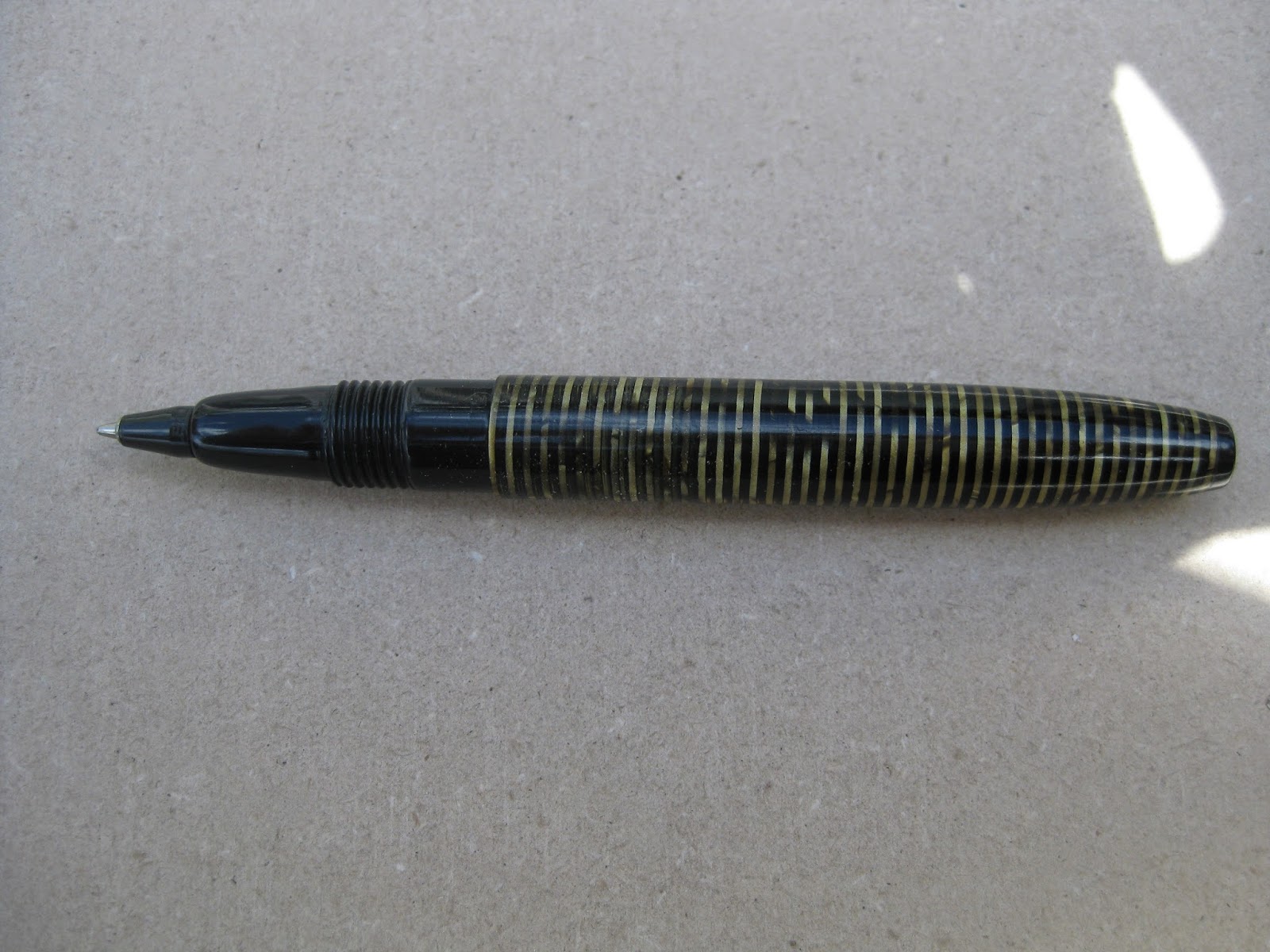 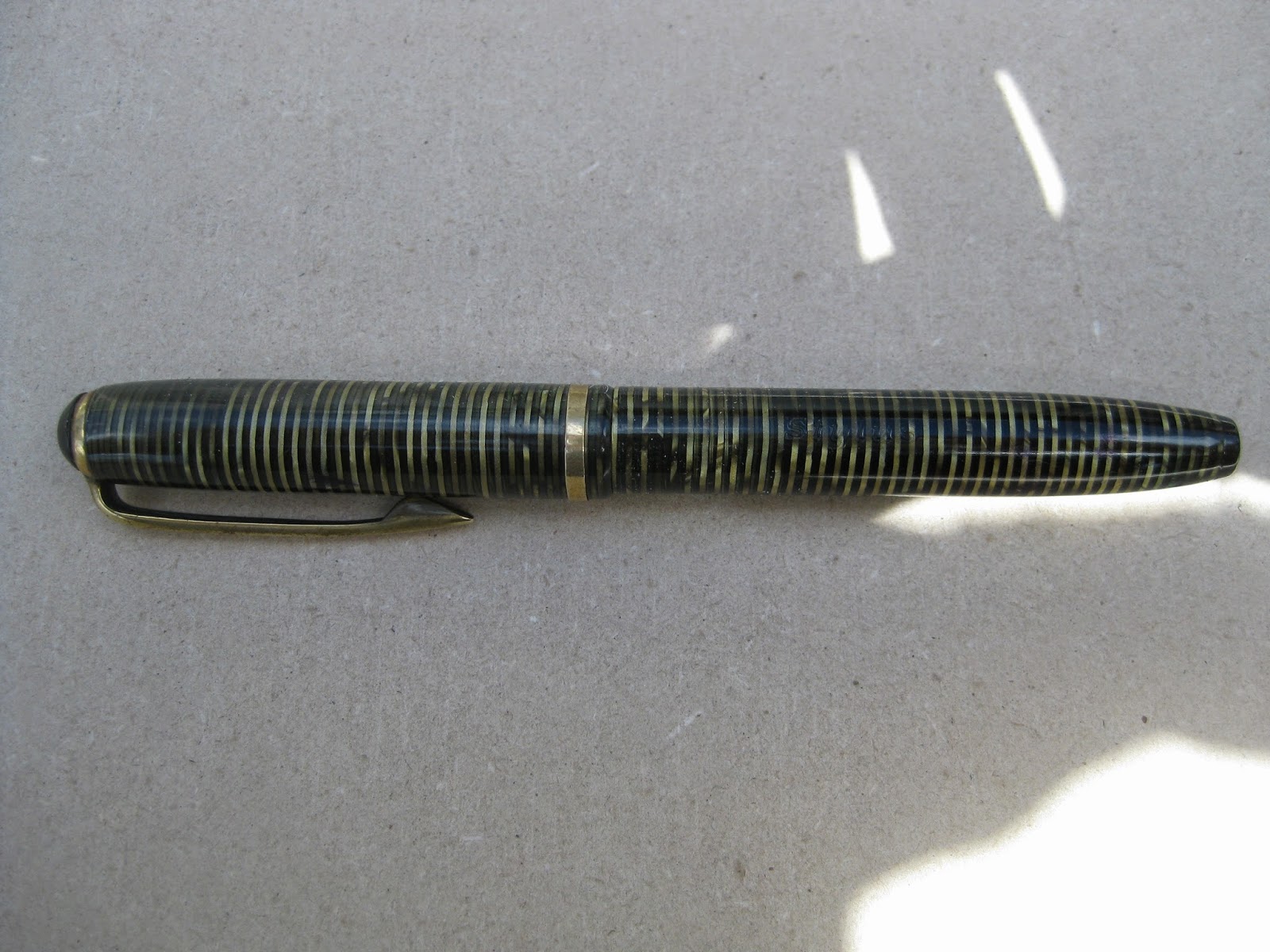 So at the end of the day I was able to salvage a busted up but neat looking pen.
Posted by Christopher Hughes at 7:10 PM

Wonderful job! I love craftsmen who can bring back to life an old, discarded pen! Top marks!

Nice job Chris. I would have used a gel refill myself, but it looks very nice anyway.
==Tamer

Looks great and a fascinating repair. I'm new to pen repairs - how did you fashion a new section? that is, what material did you use to create it? and did you mold it by hand or by casting a new section from a mold made by an identical section piece?